Identifying Yourself in the LGBTQ Identity Stages of Development

I think I may be gay… but how do I accept that into my whole self?

As you begin to integrate your sexual identity into your whole self, you may notice that the process is challenging and hard to maneuver through. In fact, you may find yourself feeling lost and unsure what to expect as you explore yourself, your identity, and the coming out process. However, by being aware of the stages of coming out, you will be more aware of what you are going through, what you may be experiencing, and what to expect. According to Vivienne Cass, researcher in gay and lesbian identity development, there are 6 stages to LGBTQ Coming Out.

Stage 1: Identity Confusion: During this stage, you are aware that you have same sex attractions, thoughts, and feelings. However, during this stage, you could be unsure what to make of these feelings. Someone in this stage may not even think about being lesbian or gay, and still consider themselves to be heterosexual. It is also very common to repress, deny, or to reject these thoughts and feelings and to continue to try to blend in.

Stage 2: Identity Comparison: In this stage, one starts to compare or try to find explanations for their feelings and attractions. This is the stage where you starts to ask yourself, “Am I a lesbian/gay?”. Though there is questioning about your identity, there is still thoughts if what your experiencing is “just a phase”. It is common to feel isolated, alienated, and maybe some self hate because of the thoughts and feelings you’re experiencing. There also may be some attempts to keep sexual behaviors and emotional involvement separate to make your  actions appear to be as “experimenting” or “exploring from a safe distance” rather than being lesbian or gay

Stage 3: Identity Tolerance: By the time one reaches this stage, that person has begun to accept that they are gay/lesbian. However, though there is acceptance, one still has not fully embraced it. You may be participating more in sexual behaviors, and may by even beginning to reach out to the LGBTQ community for support. However, you are still trying to blend in to the heteronormative culture, and is grappling with losing the safety and privileges of being perceived as straight.

Stage 4: Identity Acceptance: You have accepted, not just tolerate, your sexual identity. You have established connections in the community, and may have even began to come out to trusted individuals in your life. However, by this time, the self hate that you may have felt previously is turned outward, and a growing anger toward homophobic segments and the heteronormative culture has emerged.

Stage 5: Identity Pride: Often this stage is described as gay adolescence, a form of rebellious and “in your face” stage. At this time, you have developed a sense of pride in yourveidentity, and has immersed yourself into your subculture, activism, and social justice for the community. However, the growing anger described in the previous stage has developed into a resentment of the heterosexual, the lack of equal rights ,and the discrimination that you face in the community. You become  more upfront and make your orientation publicly known, you may even pull away from your heterosexual peers as they are now seen through an “us versus them” mentality. Acting out and more risky sexual behavior is seen to occur in this stage as well, so being mindful and safe is important.

Stage 6: Identity Integration: In this final stage of identity development, you have settled down from your gay adolescence stage. You are no longer engaging in risky behavior, and has lost the “us versus them” mentality towards the heterosexual community. By this time, you have integrated your sexual identity as a part of yourself. You have also been able to make connections not just in the LGBTQ community, but also with peers outside of the community.  At this stage, you have achieved acceptance, and a balanced view of your identity.

FIND THE COURAGE TO CULTIVATE CHANGE.

If you’re in the Chicago area and interested in therapy services, you can learn more about starting here. Or if you’re ready to get started, reach out to us and schedule an appointment. 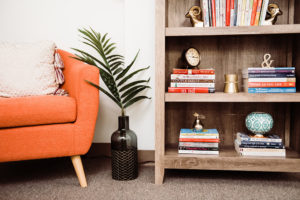 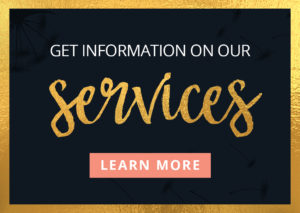 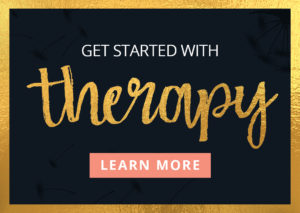